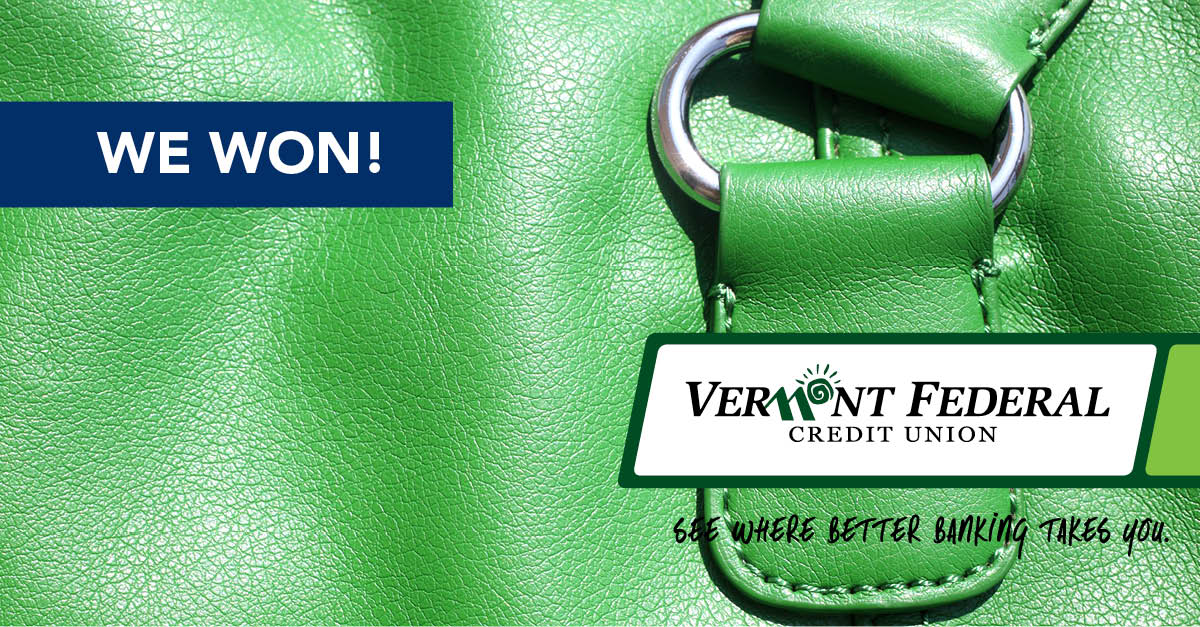 Winning Gold in the “Newspaper Advertising Series” category, this print and outdoor campaign celebrated VFCU’s recent designation as Vermont’s “Best-In-State Credit Union.” The ads named members as the reason for their success and invited prospective customers in to see the VFCU difference for themselves.

The Gold winning social media campaign began with a desire to look at things a little differently. “Banks often tout their rates but don’t usually explain what those rates actually mean for their customers,” said agency President Pete Stackpole. “We wanted to explore that option. Does that rate translate to a nice dinner out, a weekend getaway, or a new purse?”

The purse idea won the day, and social media ads informed readers that VFCU’s “Reward Checking Puts Money Back in Your Purse.”

Since 2003, the SIA Awards have been recognizing advertising excellence in the service industry. This year more than 600 agencies representing over 825 institutions participated, with judges awarding 136 Gold, 86 Silver and 60 Bronze Awards for execution, creativity, quality, consumer appeal, and overall breakthrough advertising content.