Rudman Winchell may have been a fixture on the Maine legal circuit for nearly a century, but word of mouth only goes so far when you’re promoting big-city law firm expertise and up against the 21st-century competition. Despite a sizeable client base and a stellar statewide reputation, Rudman Winchell was in need of a modern-day makeover, from an overhaul of its corporate identity systems to finally hanging out a shingle on the landmark building in downtown Bangor that has housed the firm since 1917.

Rudman Winchell a more progressive look and highlighted its deep-rooted expertise across practice areas without straying too far from its long-standing brand heritage. We also had to shift an advertising-adverse culture to be open to the new world of law firm marketing, especially since competitors were beginning to encroach on their markets. 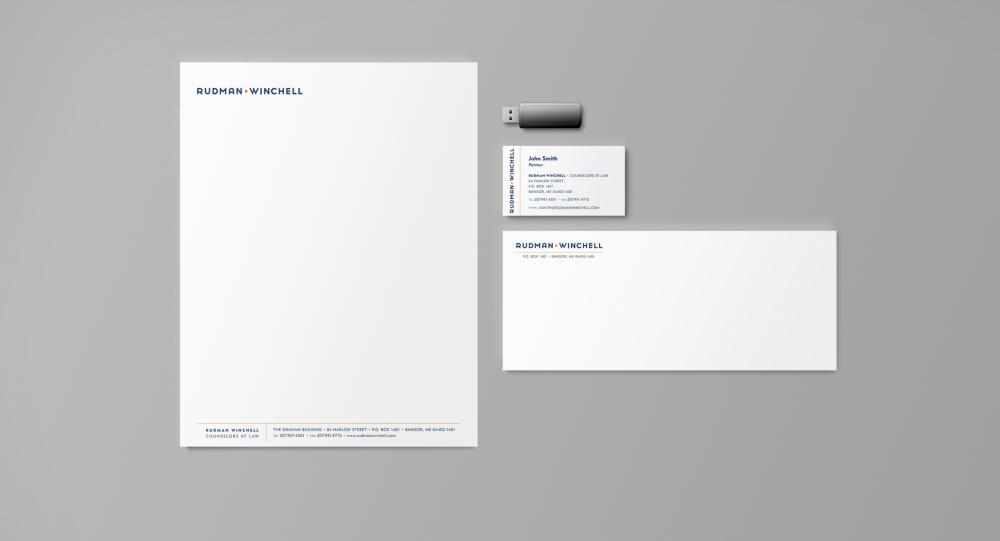 The first step was to trade up Rudman Winchell’s outdated word mark name treatment for a progressive corporate identity. To keep it fresh, we created a clean and bright orange dot used strategically in place of the ampersand that had long been used in the name treatment. This not only updated Rudman Winchell’s corporate look, but it also gave credence to its full-service, multi-practice orientation.

In a major redesign effort, we architected the site in a way that was playful, yet highly functional. To inject some personality into the site, we feature regular profiles of attorneys and the orange dot, the centerpiece of the firm’s new corporate identity, is strategically sprinkled throughout the site to function as a common graphic element and recognizable brand thread.

An ad campaign was created to reintroduce the newly-branded firm to the market through both traditional business print and digital channels. The campaign headline “World Class Talent. Authentically Maine.” was crafted to shed light on the high caliber of legal talent with the walls of Rudman Winchell, juxtaposed against the firm’s long-standing heritage and commitment to Bangor and the State of Maine. 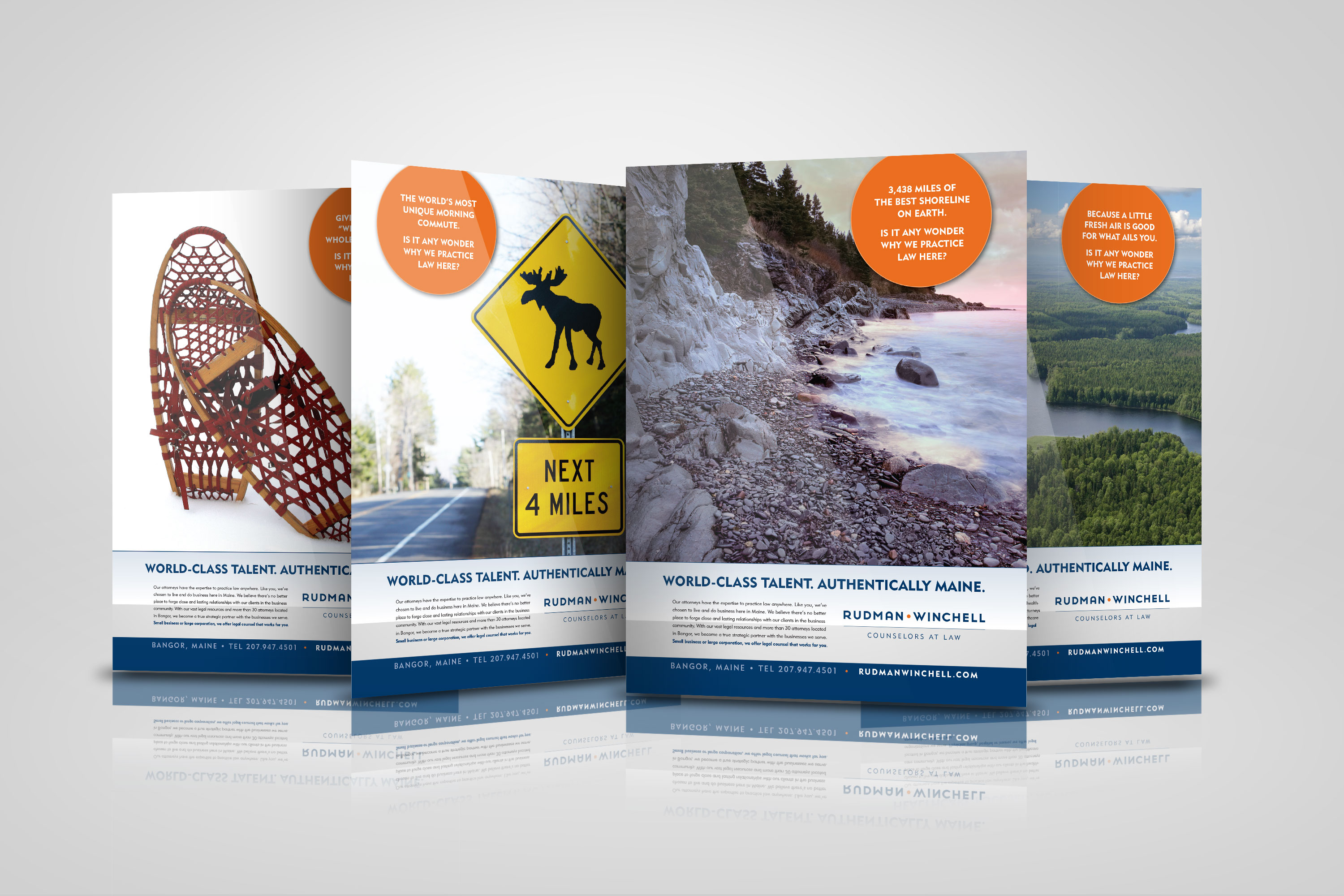 Learn how our team of strategists and storytellers collaborate to connect customers with your brand across all channels.